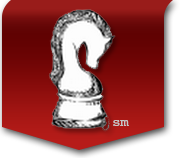 "Background, Mr. David Bates of Wisconsin purchased a Mercedes Benz SL 600 AMG roadster from Chicago Motor Cars of West Chicago, Il. It was discovered that the vehicle had been damaged prior to sale and was in fact not an AMG edition. A law suit was filed in Federal Court and was continued in Federal arbitration with JAMS. "Mr. Grismer, We truly do appreciate the time and effort you spent discovering the history of the Mercedes SL600. Without even getting to put your hands on the car physically, you were able to find things out nobody else could. The final report that was written for all parties to view and present to the courts was in such great detail, any person reading could understand and paint a very vivid picture in their head. Your opinions were backed with ongoing facts clearly showing your knowledge and experience inspecting vehicles. Your involvement with our case and investigating skills far exceeded our expectations, and for that we are extremely grateful. We now know that before buying our next used vehicle, we want you to inspect it.

"Background, The Martins had purchased a new 2010 Fleetwood Bounder 35 H Motor Home coach with a Workhorse Custom Chassis. They immediately experienced a defect in the leveling jack system,causing bending and not retracting. Fleetwood attempted several repairs & modifications through RV World of Georgia, with no correction to the defect. The Martins were told that there was no repair possible, live with it. Fleetwood refused any further responsibility and Workhorse denied coverage, stating that the jack system was defective and Fleetwood installed it. A law suit was filed in Federal Court in Georgia. After reviewing the case files, documents and photos, as well as the coach, Phil Grismer found that the Workhorse frame rail was insufficiently supported to keep the frame from flexing when the leveling jacks were deployed, causing bending and the inability to retract the jacks intermittently. As a result of Phil Grismer's involvement, the case was settled by Fleetwood and Workhorse, August 2013 in favor of the Martins, to avoid a public trial. Attorney T. Michael Flinn of Carrollton, Georgia, stated that "I am sure that Phil Grismer's review in support of the consumers complaint was helpful. It caused a question of fact for the court, on the condition of the RV. The RV company caved and settled soon after his affidavit and deposition testimony." "Thank You for your help." 8-13-2013 "

"Background, Mr. Lateef Batunde Ganiyu, purchased a used 2009 Toyota Camry. Approximately 1 month later, he took the vehicle to Valezquez Muffler & Brake in Chicago Il. to have the oil and filter changed. A few days later, the engine seized up. A lawsuit for negligence was filed against Valezquez Muffler & Brake, after refusing to repair the vehicle. Based on the testimony of Phil Grismer, proving that the filter was improperly installed and destroyed the engine, Mr Ganiyu prevailed in court, against Valezquez Muffler & Brake, in August 2013. The judge ordered a $13,000.00 award to Mr. Ganiyu and his Attorney, David A. Heard of Chicago. " Ganiyu V. Valesquez Muffler & Brake Chicago, Illinois. Mr. Grismer, Thank You for your assistance. If you ever need a referral, just let me know ! " "For as a man thinketh in his heart, so is he" David A. Heard Attorney Chicago Illinois. 8-9-2013. "